Earlier in March, it was reported that the Royal Sandringham Estate in Norfolk is revamping its playground and the final outcome is inspired by The Duchess of Cambridge’s 2019 RHS ‘Back to Nature’ Garden’. The play area features a rope swing, a teepee hideaway, a 14-metre long tube slide and a treehouse. 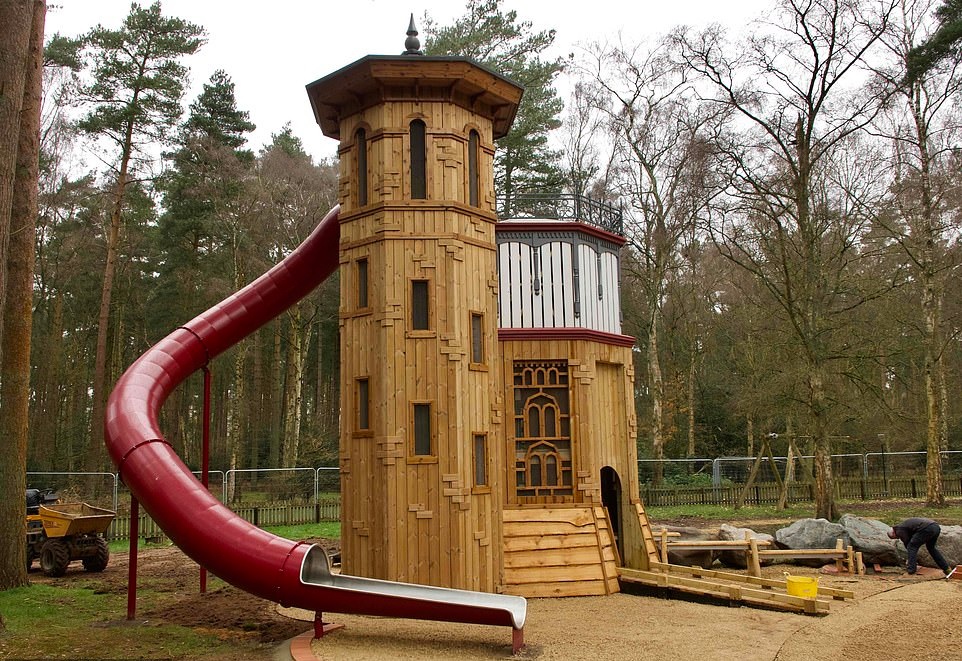 Based at Queen Elizabeth II’s Sandringham Estate, the park has an eight-meter-tall Appleton water tower, based on a Victorian building that was installed in 1877 to improve the quality of water to Sandringham House. A Sandringham Estate spokesman said: “The ongoing development of a new Children’s Play Area at Sandringham forms part of improvement works across the Estate, with a view to offering better facilities for visitors, whilst maintaining the landscape and environment for all to enjoy.” 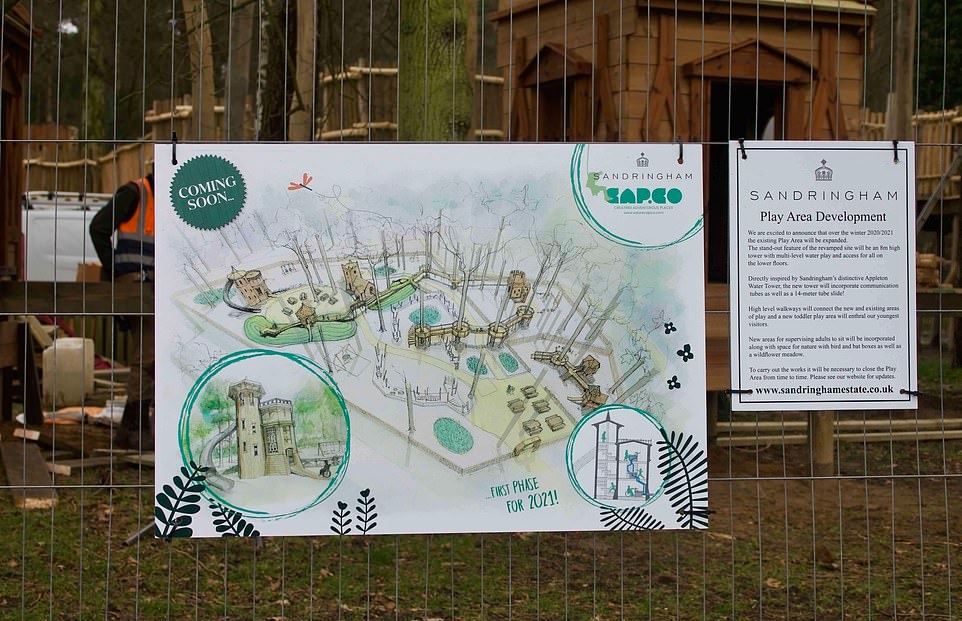 The park was set to open on April 12th but the authorities delayed the launch after the death of Prince Philip. When the pictures of the playpark area emerged, we all thought when the Cambridge children will be visiting the playpark as its nearby The Duke and Duchess of Cambridge’s country home – Anmer Hall. And it came out they didn’t wait that long. 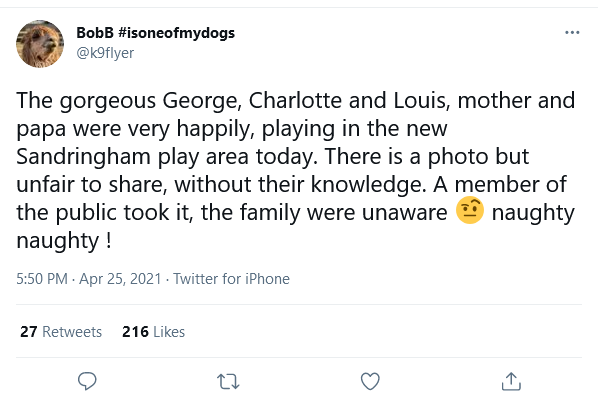 A Twitter user BobB #isoneofmydogs tweeted that the Duke and Duchess of Cambridge took the children to the new play park on Sunday April 25th that in future will have new additions based on the local landmarks such as St Mary Magdalene Church that is visited by The Royal Family every year on Christmas.

It was announced in 2019 January during Catherine’s visit to King Henry’s Walk Community Garden in January that Duchess had co-designed a garden for the Royal Horticultural Society’s Chelsea Flower Show that opened from May 21 to 25 May that year.

The Duchess of Cambridge had designed ‘the RHS Back to Nature Garden‘ with award-winning Landscape Architects Andree Davies and Adam White, of Davies White Landscape Architects. The Garden was a woodland setting for families and communities, and encourages all generations, from all backgrounds, to connect with nature and enjoy growing plants for their health and wellbeing. Something core to the Society’s charitable work.

The garden had a natural woodland feel and contain a: Treehouse, Waterfall and stream, Rustic den, Campfire and Stepping stones. William and Catherine’s Norfolk residence Anmer Hall as well as Catherine’s Childhood memories served as the inspiration.

The couple took their children Prince George, Princess Charlotte and Prince Louis for a fun day at the Back to Nature Garden. The Queen visited the garden and many other members of the Royal Family enjoyed a visit too.