Last weekend we talked about Prince Harry and Meghan Markle’s Oprah tell-all and how the interview was a hit-piece targeting Harry’s Family. In the aftermath of the interview we found that neither Prince Charles nor Prince William have talked to Prince Harry.

Prince William told the reporters during the school visit that he hasn’t talked to his brother yet but soon he will. And he did. How do we know? Well, this very much personal information and the outcome of this information was released worldwide by Harry and Meghan’s close friend Gayle King.

Who is Gayle King (yes, I have been asked this question!)? Well, Gayle King is another TV personality. She hosts American TV show ‘CBS This Morning’. And reportedly Harry and Meghan’s friend.In the show, King said, 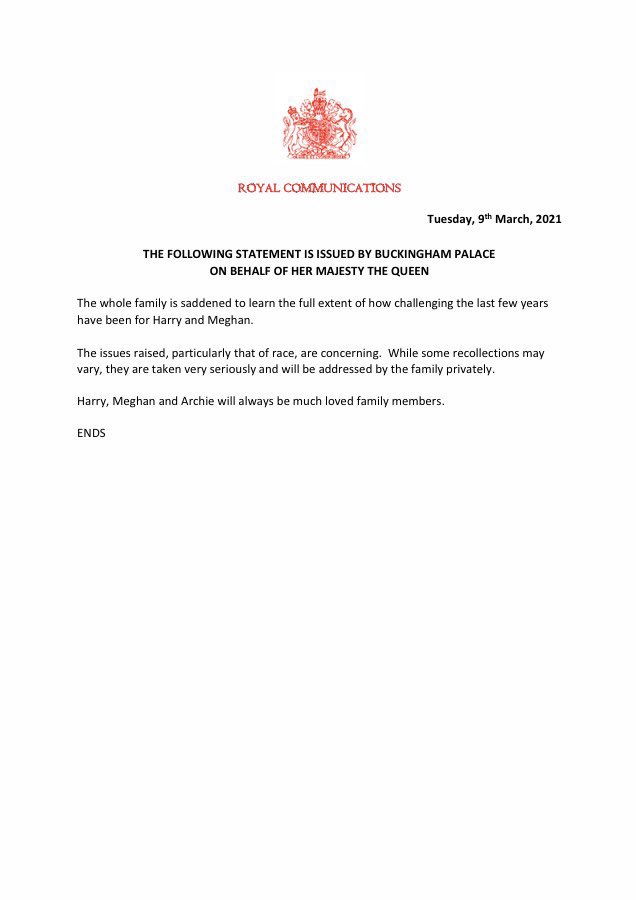 I believe the Palace knew this interview will soon turn into a Soap Opera that’s why it’s response to a 2hours long tell-all was a just 61 words long statement.  Prince William has always been very clear about the privacy of his personal life. He has gone to greater length to protect his wife and children from the public and media intrusion. This second betrayal from his own blood brother in less than 10 days must be really heart-breaking for The Duke.

It’s been claimed that Harry and Meghan wants to heal the rift after all it’s Harry’s family. Well, Harry if you really want to heal the rift, then STOP leaking personal information to the press.