Little Princess Estelle of Sweden is celebrating her 9th birthday today. The Royal Court of Sweden marked the birthday of Sweden Crown Heiress with 4 beautiful pictures taken by Kate Gabor. In the new pictures, Estelle is beaming at the camera in white top and tartan skirt.

Born in 2012, Princess Estelle of Sweden, The Duchess of Östergötland is the elder child and only daughter of Crown Princess Victoria and Prince Daniel, Duke of Västergötland.
Estelle is the eldest grandchild  of King Carl XVI Gustaf and Queen Silvia of Sweden. The grace and elegance of the second in line to the Swedish Throne is capturing eyes on first glance.
The pictures were taken at the Haga Palace, residence of Crown Princess Victoria and Prince Daniel. 3 pictures show smiling Estelle alone while in one picture Estelle is sitting with her younger brother Prince Oscar while holding a pup. 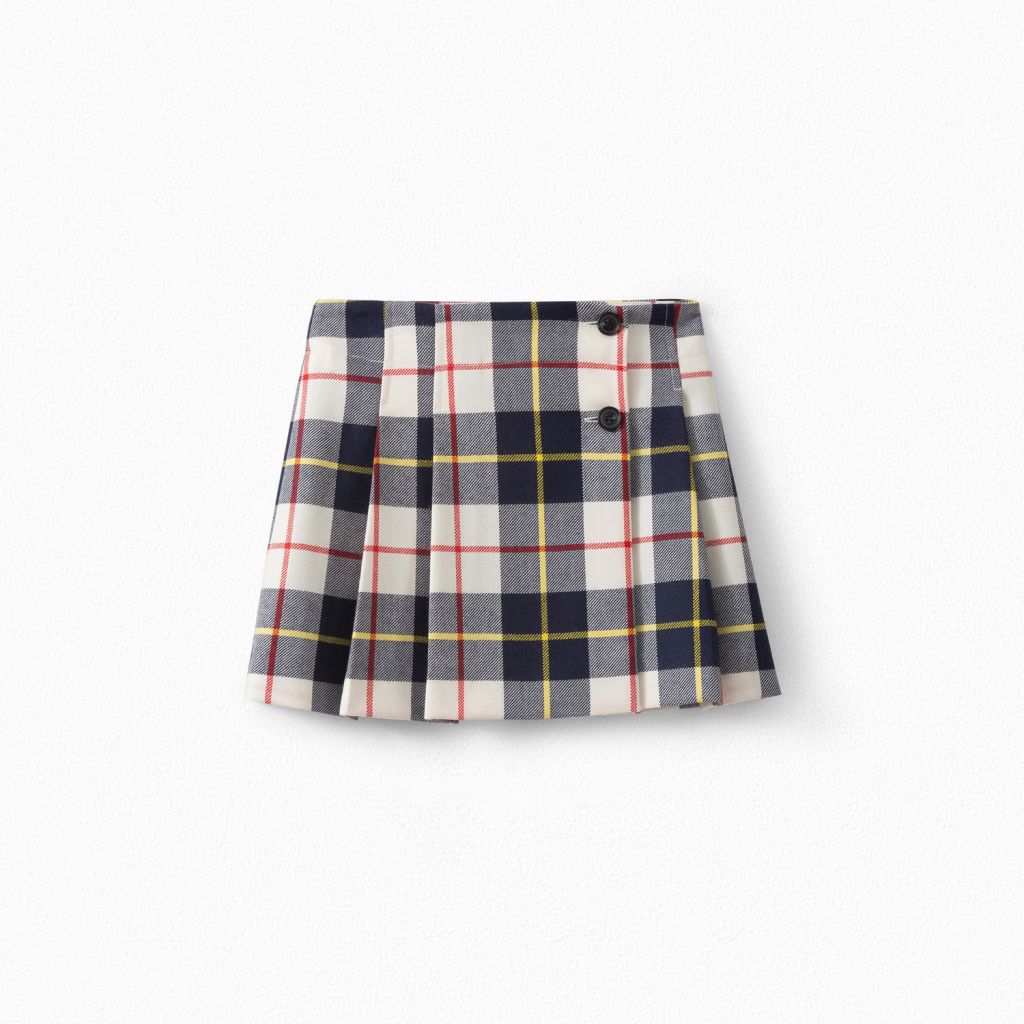 Princess Estelle was wearing BonPoint Girls short Tartan Wool Skirt. Thanks to Japanese_Ginger on Twitter for the id. The $330 skirt described as, “The Perth girl’s short tartan wool skirt has a motif inspired by kilts.” Made of Scottish Wool the skirt is currently on sale for $198
I wish the adorable Princess a very Happy Birthday!
“bf9ce446fe94a30ad08f2f29e2243e11”